What remains of what is no longer?

Like the one that leads me to write this focus on. Or a bizarre, distorted 2020, autumn is proving to be a moment of “shooting forward” through photography: from Emilia Romagna to Lombardy, from Piedmont to Tuscany where the Photolux Festival will return to Lucca in December.

You are right, but this little map works for coincidences, which start in 2018 at Photolux where, working with Paolo Verzone in the Cabinet Fantastique workshop, I met the young, talented Marco Marucci as one of the participants. Then, suddenly, in the 2020 program of the Ferrara Riaperture Festival, I read his name and that of his exhibition and his talks. As always, Paolo Verzone and I follow the journey of the students of our workshops in Lucca and Marco Marucci has grown a lot in the last two years, so I took the train and went to visit him in Ferrara, to see the Apollo exhibition. Despite all the agreements and the appointments, we met, by coincidence, in a small street in the city centre and we walked together to the exhibition that he too was about to see set up at the Cavallerizza for the first time. 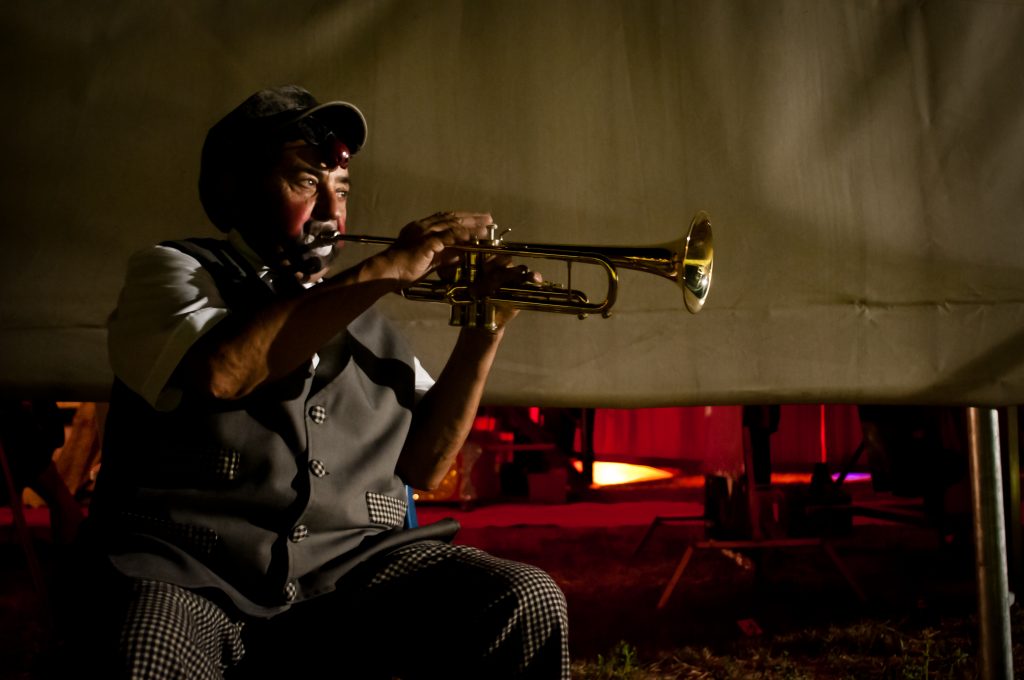 The surprise and amazement in the eyes of an artist or a photographer who sees his works set up for the first time, maybe by hand of other experts, believe me, are tangible. And it was like that standing next to Marco Marucci.

It is a work born in 2013, the result, obviously, of a coincidence.

During a period of hospitalization, Marco meets his roommate, a man from the world of the circus and jousting, who inundates him with his stories; the fascination gives him the idea of ​​a work on the world of circus. Marco discovers that in the city where he lives, Turin, there are two circus schools: through them he makes contact with Lenny, born middle class and then become a circus nomad who, trusting Marucci, invites him to Romagna to spend a week with the Circus Apollo, heir of the well-known Nando Orfei Circus. The photographer, in this sort of allegorical artistic residence, discovers a rigidly divided world: the artists, most by family tradition, on the one hand and the workers, often of Slavic or Indian origin, on the other; in this social diarchy everything is opposite: working hours, living conditions. Space and time are equal and opposite dimensions… 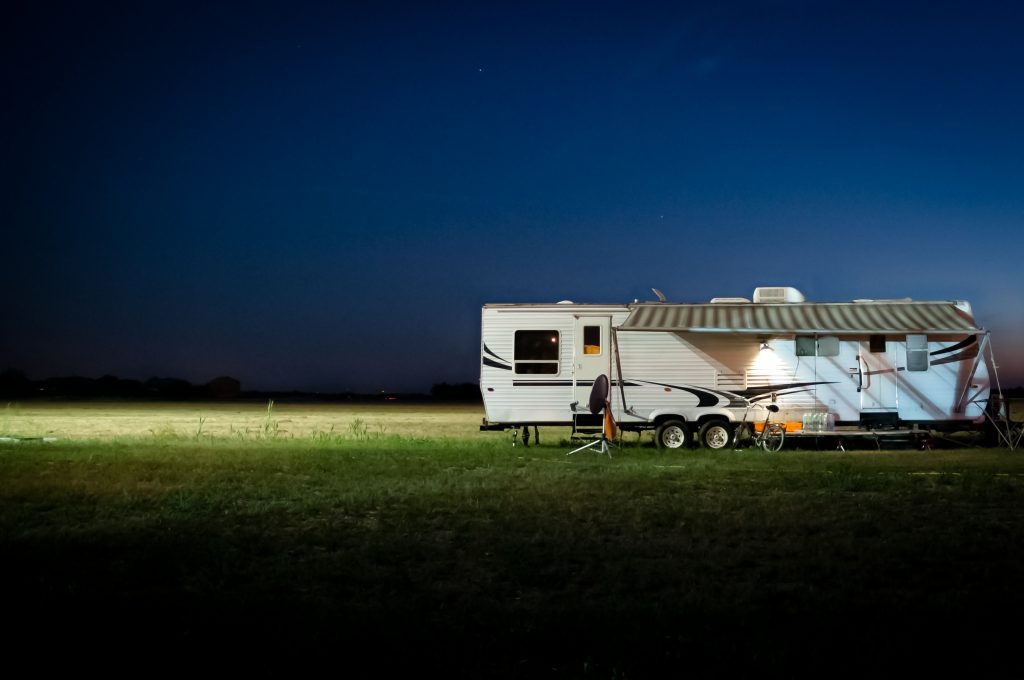 The Apollo Circus, born in 2007 and active until 2018, represented the final moment in the career of Nando Orfei, tamer of ferocious beasts par excellence, who became artistic director, detaching himself from the past, “by choice” he said to himself, or perhaps for the exorbitant costs. His death, in 2014, led the Apollo Circus to an increasingly impending decline, also the result of that current, known as the “Italian circus” – very different from the nouveau cirque, aimed at choreographic theatricalization  –  which, in truth, has remained always equal to itself, in its simplicity and, therefore, subject to an increasingly narrower reception. This prompted Marco Marucci to investigate this universe in-depth, with its deep divisions, rigid oppositions and schematisms, completely invisible in the show.

However, the Apollo project brings with it other specificities: it is real proof of something that no longer exists. Through photographic tangibility, Marucci offered the substance of a vanishing memory; the disappearance of the world of Italian circus, unstable and destined to exhaust its artistic strength, is echoed by the disappearance of the Circus Apollo, a subsidiary of Nando Orfei’s legacy. 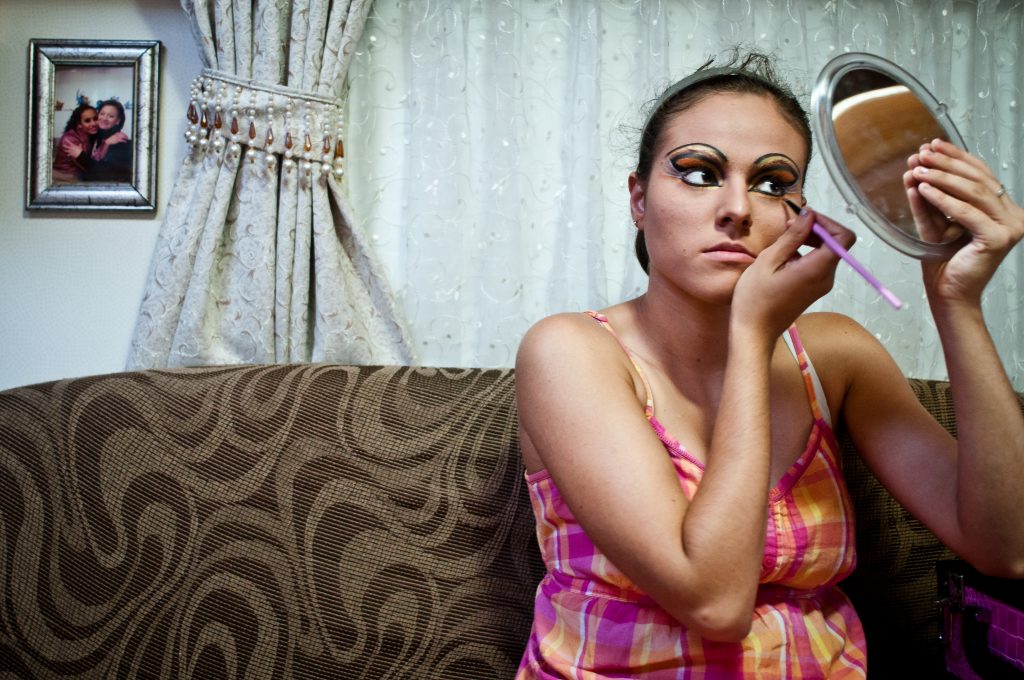 All of this still happens through coincidences. The project, completed in that summer of 2013, ended up in the bottom drawer, disappeared from the photographer’s design memory and was, of course, destined to oblivion. Then the Riaperture Festival, with its Errante [Wandering] theme, brought to the surface these stories of nomadism, magic and backstage, unexpected visions and moods that are mutable and eternal to what happens on the stage, under the spotlight of the circus.

What happens in the space hidden from public view? Everything moves, with a preparatory rhythm for a life that is swinging between fiction and reality.

Apollo, on the other hand, is limbo-like suspension, is a fluctuating wandering of its odd existences, which tells of what was moving constantly on the stage and on the streets.

An unexpected end, or already written in the shadow of the circus tent. 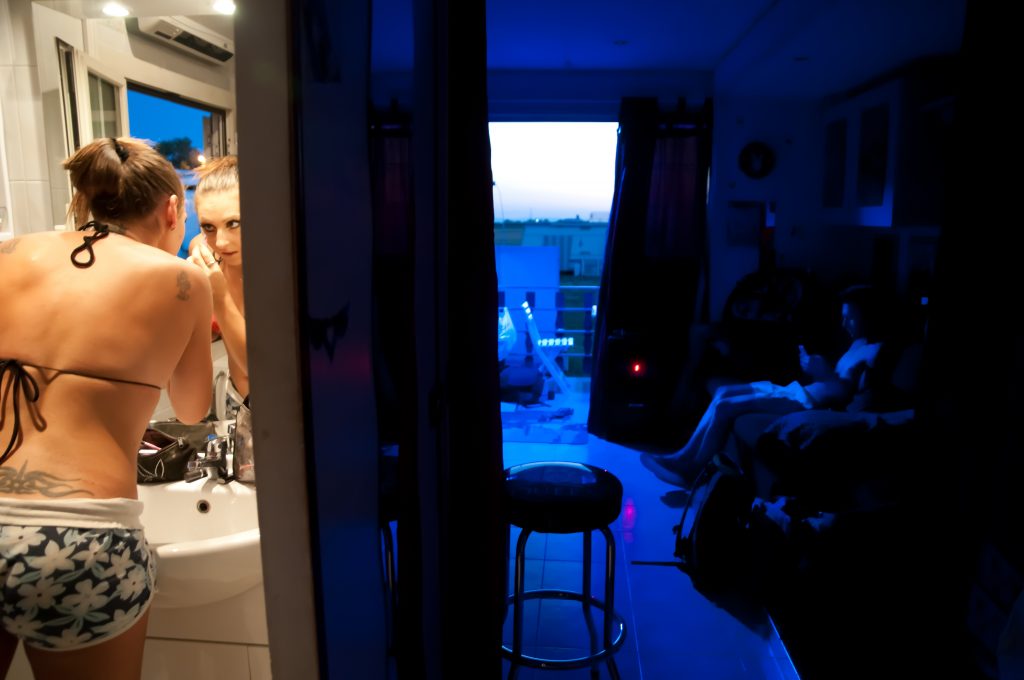 Before the end, however, Marco Marucci wrote the stories of Lenny and others of the Circus Apollo with his photography. People and Characters who intertwined their daily lives, following a syncopated rhythm, at times incomprehensible to us, with their discriminations, privileges and disadvantages, in a long twenty-four hours; over the course of a day,  the dark and the daylight, the stars and the spotlights were the counterparts of the flow of existences capable of wearing masks and stage make-up endless times, constantly directed towards new destinations.

Unknown and everyday life, nomadism and radicalism united by a subtle fil rouge imprinted like greasepaint, like lipstick and sequins, and ready to vanish, as if by magic.

And that’s how it vanished. 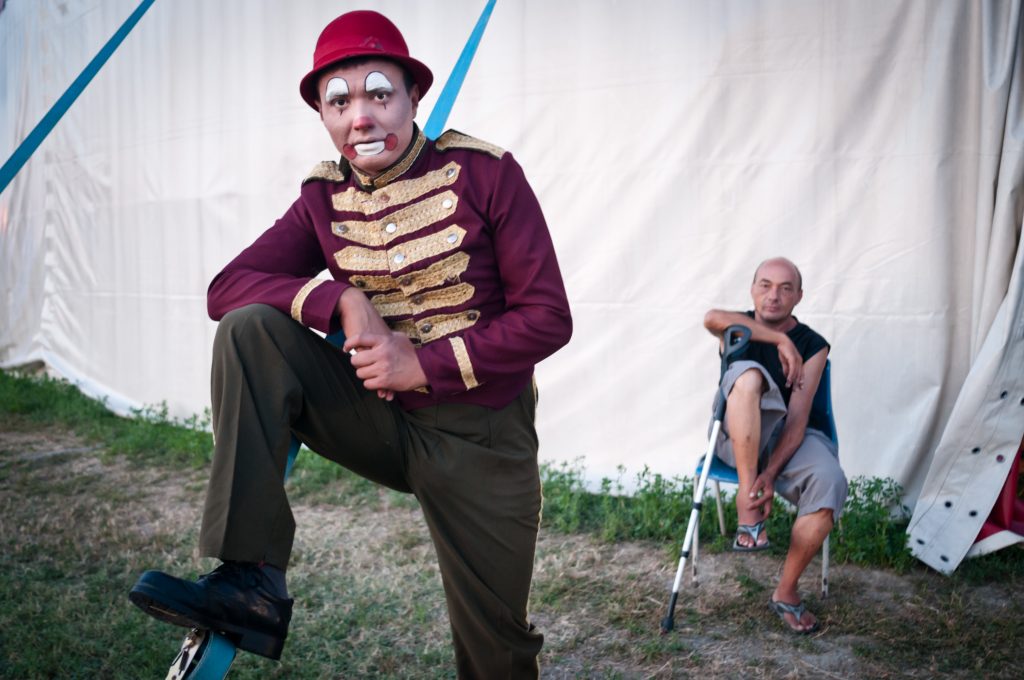 In its wandering, of the Apollo Circus nothing is left, if not the dusty memory of tales born from coincidences far from the “circus”, far from certain compromises and perhaps facing others, unexpectedly.

Apollo by Marco Marucci, on the other hand, embodies the charm of the ephemeral apparatus, of this redundant identity, revealed and soon disappeared, in its evanescence linked to a past that is no longer recognizable. In the wandering of time, history and traditions, the exhibition recently hosted by the Riaperture festival reiterates the magic of the apparition and disappearance, except that, instead of the magician’s top hat, life is at the center of the scene with its oblivion and mnemonic abyss.

Nevertheless, Apollo is art and, as such, it becomes a treasure chest of cultural memory, of collective identity which, although always in motion, knows how to surprise, like a triple somersault from the top of the tent, on the last night of the show.

All images: © Marco Marucci, from the series Apollo, 2013