This is the game that Jason Fulford and Tamara Shopsin offer in their fun and stimulating This Equals That (Aperture, 2014), a path in the visual language made of odd and never banal references: the book is organized by pairs of images linked by a possible analogy – formal or conceptual – where, cyclically, the second image of a couple becomes the first of the next couple; until the circle is completed with the last photo returning, identical to the first one. 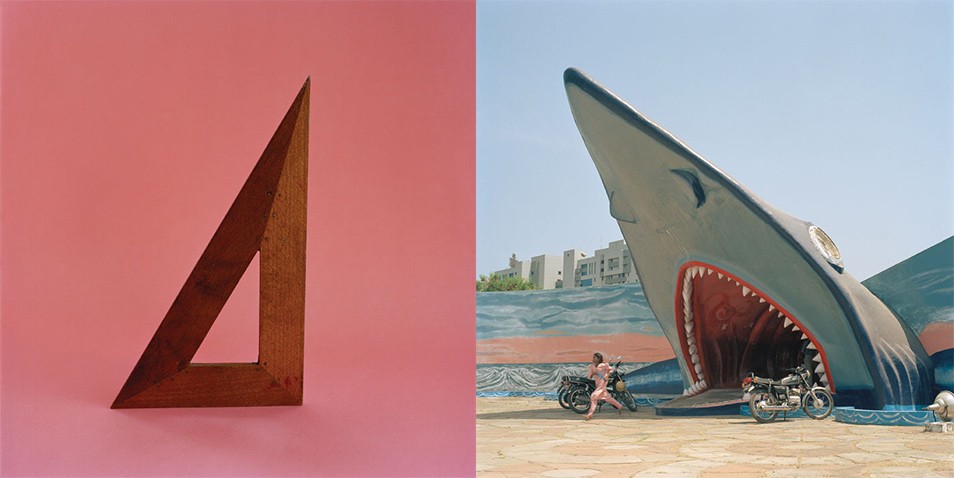 Recalls of forms, sense, content, colour, material, environment, organized according to a fun stream of consciousness that conquers the reader thanks to its unpredictability and the hilarious effects that are often created in combinations.

Here then a triangular wooden set square refers to the triangular mouth of a huge brick shark in a playground; that the sprawling silhouette of a tree in backlight becomes the rosy image of a smiling wooden octopus on the fence of a beach resort; that the silvery shapes of the fish arranged in order on a market stand are paired with the coloured spines of used books for sale; and that the triangular sails of a boat at sea at sunset return to the first – and last – image of the wooden set square. 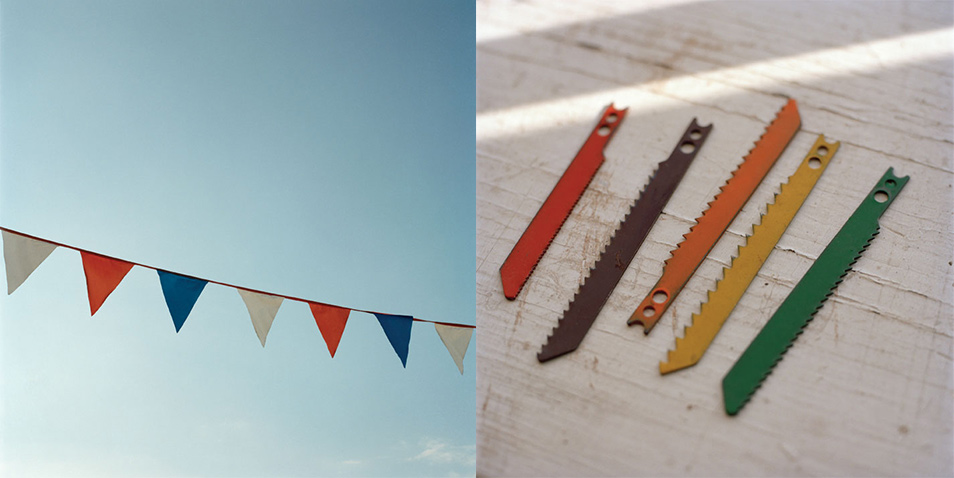 “A game of connections for 5 to 105 years old” reads the back cover of this book, a square pocket size, with a yellow cover, made of solid cardboard with rounded corners. A book for children aged 5 to 105 who want to challenge themselves – each with their own experience – with the illogical logic of the “creative gaze” that invents visual “equations” on the basis of personal, but motivated, “conceptual associations”.

The book is a semi-serious statement – a bit of a game, a bit of a manual, a bit of a manifesto- on the contradictory yet fruitful essence of creative language (visual): the subjectivity of the gaze in tracing an intelligible speech.

It is therefore not a coincidence that the book opens with an oxymoron (“The book is a circle, made of squares”), the most logical, in its illogicality, among the rhetorical figures. And it is within this circular instability – made up of square significant references – that the miracle of defining the indefinable comes true: “Turn through the pages, consider the pairs”. 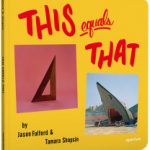 The book:
Jason Fulford, Tamara Shopsin
This Equal That
Aperture, 2014