“From Szczecin on the Baltic to Trieste on the Adriatic, an iron curtain has descended across the continent”. With these words, on March 5, 1946 at Westminster College in Fulton, Missouri, Winston Churchill described the European geopolitical situation a few months after the end of the Second World War. On the continent, a profound political and social rift was taking shape, a division which would last until 1989 and whose legacy is still perceived today, despite the process of European integration.

In 2008, a year before the twentieth anniversary of the fall of the Berlin Wall, Davide Monteleone embarked on a long journey to retrace that still latent border and the profound memories of it: 4,200 kilometers from Italy to Poland – through Slovenia, Austria, Hungary, Slovakia, the Czech Republic and Germany – to investigate the symbols, legacies and evolutions of the great caesura that marked European history in the second half of the twentieth century. 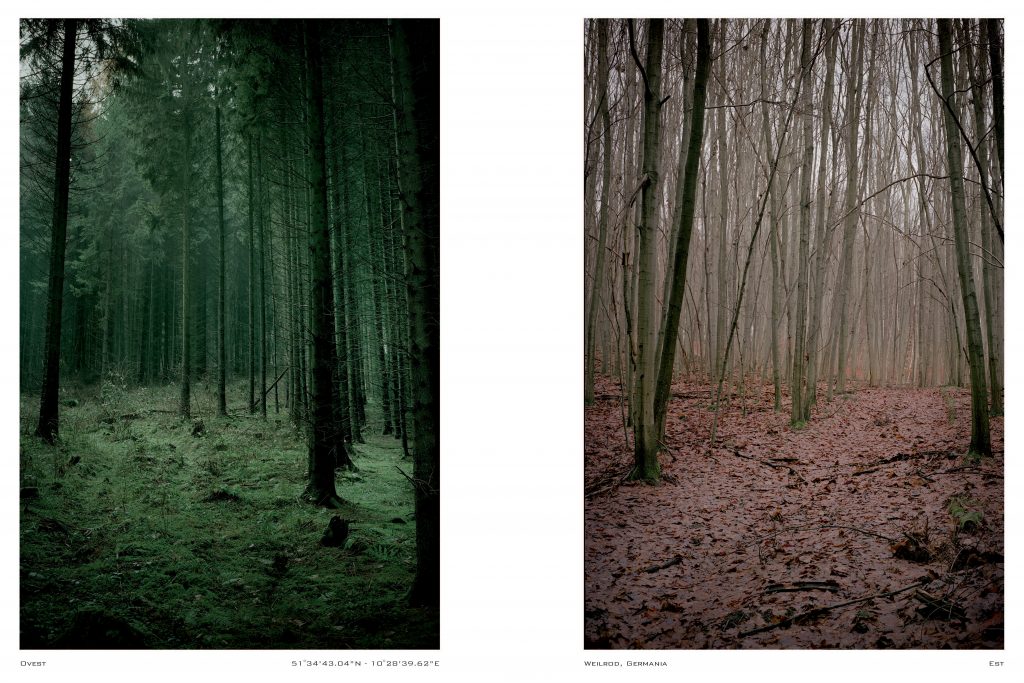 Monteleone’s gaze stops on well-defined elements (the legacy of socialist architecture, old border buildings, the symbols of a recent westernization) and undefined scrub, mementos of attempted clandestine crossings and ferocious repressions. Some of the pairs of images are almost identical in both directions, as if to recall the inconsistency and transience of the formal limits imposed by man on places. The few portraits return the story of a humanity still marked in their faces and habits by the memory of indelible years.

Each step of the route is fixed through two photographs that offer a mirroring image of the east and west; “West” or “East”, contrasting geographical and symbolic places, as the captions rhythmically attest. 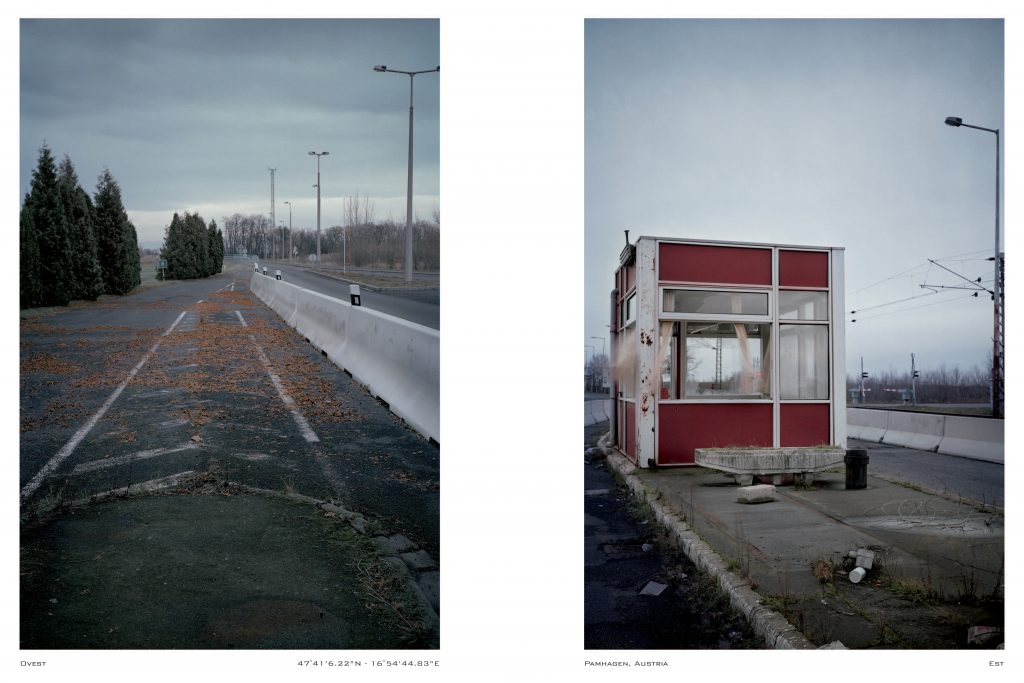 Monteleone’s journey lingers for a long time, acquiring evocative and intimate tones, in the symbolic place of the division into two blocks, Berlin, whose contemporary portrait is a re-enactment of the lacerations that marked the German capital in the 43 years of isolation from the world.

The photographer’s images, dark and elusive, effectively reconstruct the loneliness and suspect of the city during the Soviet control, when it held the sad record for the area with the largest number of secret agents and informants (one for every 60 inhabitants) among the Warsaw Treaty countries.

The tale of Berlin continues with the nocturnal visions of the rigid socialist-style buildings, dotted with the few lit windows, alternating with the silhouettes of shy and solitary figures. The sterile geometries of the Stasi offices echo the looming profiles of the “Wall”, punctuated with dark realism by corridors, filing cabinets and interrogation stations. 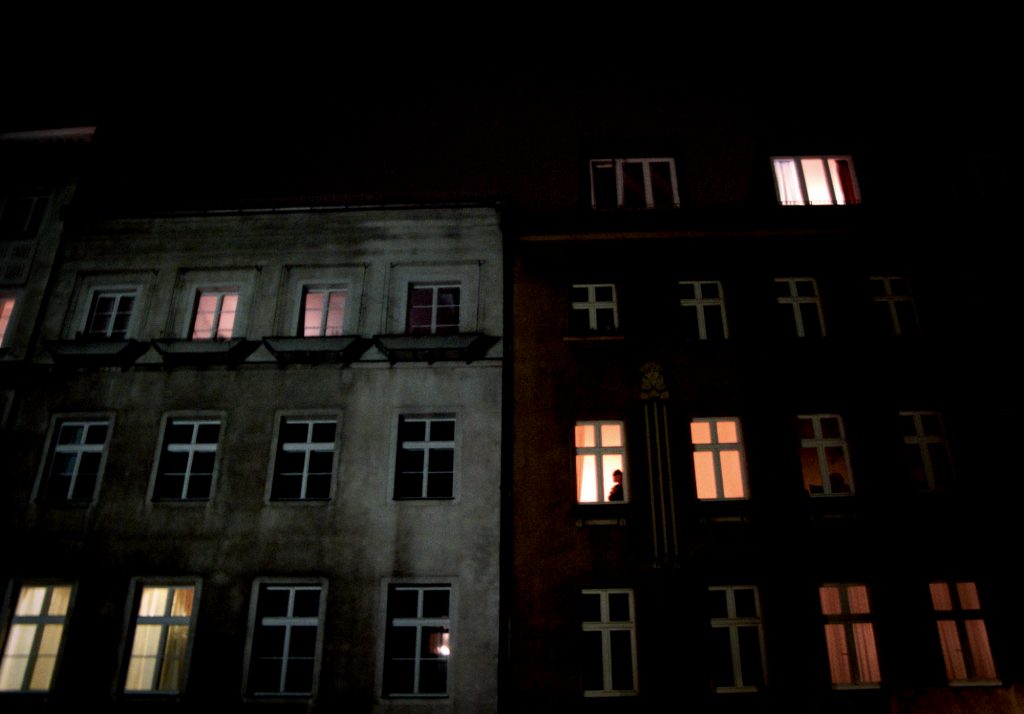 In his profound work of reworking historical memory, Monteleone reissues images and archive documents that he integrates with a look that is descriptive and narrative, historical and personal at the same time, recurring features of an original and fascinating approach to documentary photography, capable of measuring itself against events and open up to the exploration of a subjective feeling.

Davide Monteleone’s journey is collected in the volume La linea inesistente, published in 2009 by Contrasto in collaboration with the Italianieuropei Foundation.