It may happen that you get transferred to Paris, the Ville Lumière, home of choice for photography and almost mythological figures such as Atget, Cartier-Bresson and Doisneau; splendid in its immutable beauty.
However, it may happen that the weight of so much beauty and the cumbersome iconographic heritage become a double-edged sword: how to photograph Paris without falling into clichés? 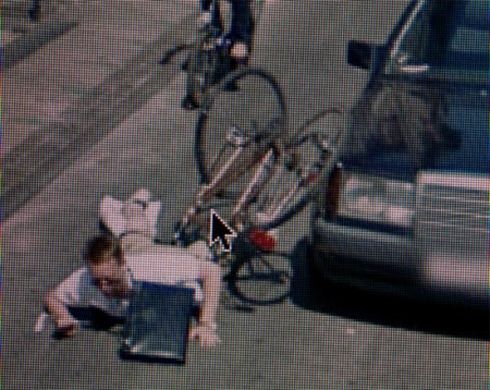 In 2008 Michael Wolf is in this situation: an unexpected move, the desire to give space to his curiosity (“peeking satisfies my extreme curiosity for people, photography to me is like an extension”) and a city that is often impossible to photograph without falling into rhetoric and the already seen. A few months earlier Google had launched Street View, the platform used to explore cities in a virtual way: a car with an odd turret (ominously similar to the vehicles of war patrols – a delightful analogy – but that’s another matter!) that runs through the streets, recording everything it sees and making them navigable from the computer.
Wolf realizes to be in front of a “completely new way of looking at the city”: the “Google-City” becomes for him the object of a meta-exploration in search of bizarre and interesting details; the contemporary meta-photographer explores the meta-world like the material photographer explores the tactile world.

The virtual world ruthlessly fixed by an unconscious machine becomes an unexpected anthology of human scenarios: a couple who kisses romantically in the street, the surreal and unsettling silhouette of a passer-by wearing a sniper rifle, a cyclist caught in the tragicomic instant of a disastrous  fall, the drama of a person collapsed on the ground (probable victim of a sudden illness), the suggestive image of an attractive young lady who peeks down at her plunging neckline. 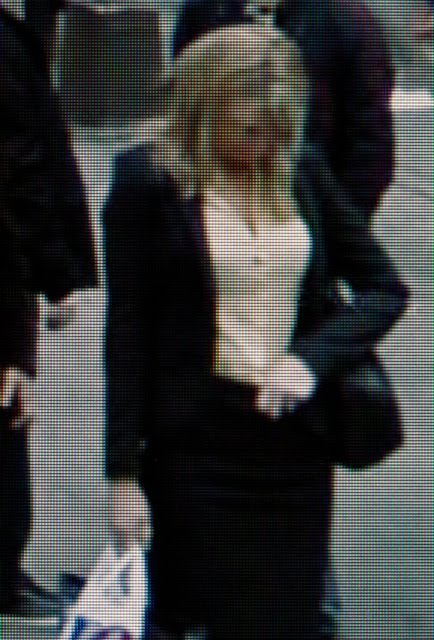 Other images unwittingly mimic iconic monuments of the photographic collective imagination (from the aforementioned Doisneau-esque kiss, to the jump of Bresson, to the stray dog of Koudelka), becoming potential aesthetic forms of an unconscious act.
Finally, the reactions of those who, as a joke  or to express dissent raise the middle finger towards the camera that will consign it for ever to the virtual world; and those who – having given in to this inescapable destiny – move through the city trapped in the boxes and arrows that the software draws for the virtual explorer.

The effect is stupefying, only apparently light – at times definitely entertaining – full of questions about the meaning of the virtual present and of the document in the age of dematerialization. It is no coincidence that Fred Ritchin has chosen the image by Wolf of a passer-by trapped by a net of virtual navigation arrows as an allegorical cover for his Bending the frame, one of the most interesting essays on documentary photography in the era of post-photography (Aperture, 2013). 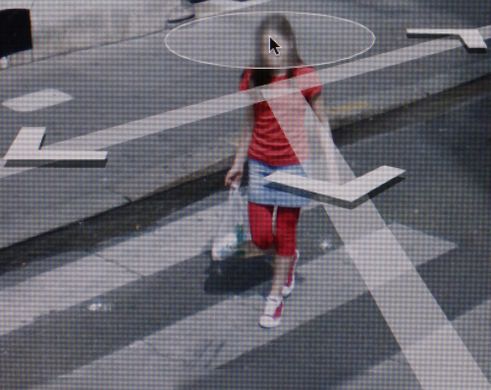 The question on the meaning of the document is accompanied by the one on the authorship: “When a picture of Google Street View becomes an image by Michael Wolf?” asks the photographer. And cutting portions of digital support recorded by an external and unconscious medium is it to be called photography?
The question opens to a reflection on the meaning of the medium and how to reinterpret it in the virtual era: if photography is a visual object that has a particular relationship with the existing and takes shape thanks to the curiosity of a selective look, it doesn’t matter whether the object of the gaze is real or virtual. Indeed, the more the world becomes mediated, the more it makes sense that photography becomes an image of the meta-world.

In Street View – as in the other works of the macro-series Life in cities – there’s a striking conscious lightness with which Wolf frames very heavy themes, thanks to a deep awareness of the medium that leads him to undertake courageous and unconventional solutions. The taste for irony and the freedom to experiment are for Wolf the Socratic artifices towards a curious and irreverent exploration of new horizons of photography meant as a tool for reading the present.