A camera that thinks like you.
It anticipates your choices, getting ready in real time, just as you would have liked, to allow you to never miss a shot.

In the contemporary era of digital cameras, so often we have missed a great photo due to a problematic software or a wrong setting.
With analogue SLRs we had no such problems, we just had to check the focus using the ring on the lens, the time and/or aperture that we had already set and we could shoot.

Today some cameras are so sophisticated that if we haven’t prepared at least a quarter of an hour in advance and without stress, setting the camera as we think we would use it for our photo shoot, we are at risk of being unable to even just shoot.
Those settings are valid only when we have a scene or a situation that does not change, because if we happen to take a shot which is totally different from what we had imagined, problems arise or we end up taking a photo in a different way from what we actually need which could not satisfy or even be unusable.

Let’s see how the first approach with the new mirrorless went.

As I touch the Sony α7R III 35 with a FE 24-70 mm F2.8 GM lens for the first time, I prefer not to read the manual because I think everything should be intuitive.

Holding it with the lens resting on my left hand it has a nice solid feeling to it, the right hand is almost not necessary for shooting.
Immediately I bring my eye close to the eyepiece and find a good line of vision, a very well-made viewfinder, good image and well arranged data with “natural” size, proportion and colouring.

Our photo is already there telling us “this is me if you want me!” you just have to decide whether to start the command on your right index finger and shoot. The action takes place, your fingertip touches the button and shoots. Absolute silence. Maybe nothing happened, “maybe I have to go again?” I wonder; so I decide to check, the right thumb looks for the “play” sign on the back of the camera: I press it and I don’t see anything on the display, I check inside the eyepiece and I see the image but I don’t want it there, I want it on the rear screen. Instinctively, my left thumb slides to the top left corner and I press that button, the image appears on the screen, not bad! I realize that I have already taken 4 photos, the shot was set in sequence. 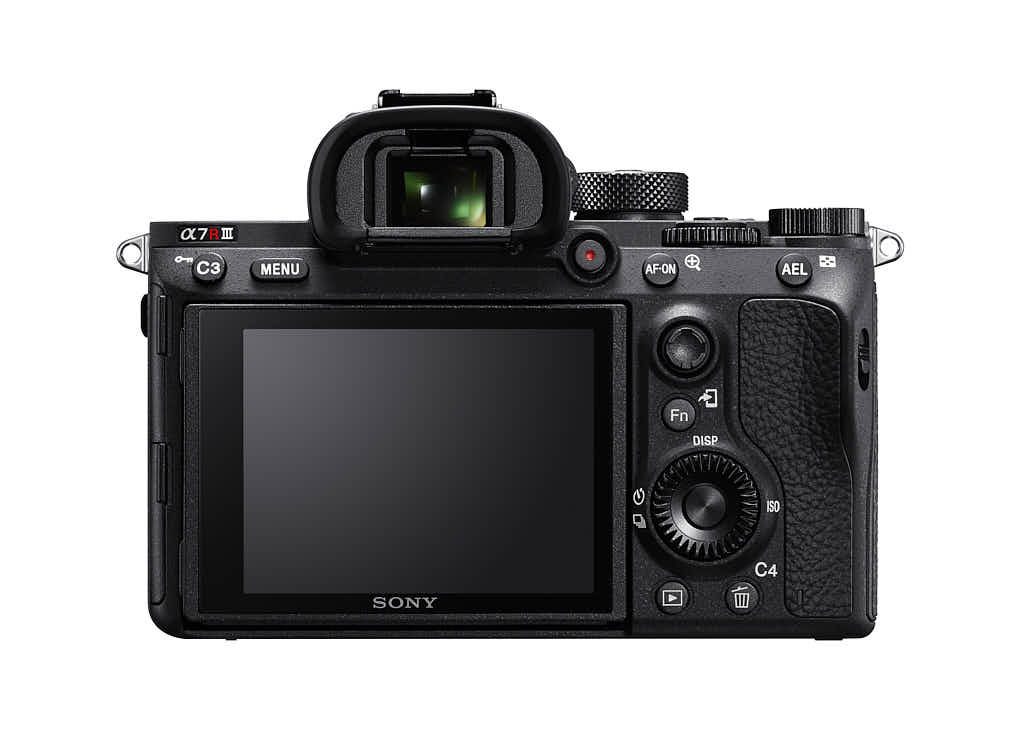 Not intending to go for sequences, I decide to change the setting. I look at the back of the camera, the only button I could press is “Fn”: once pressed, a menu appears and I find the single shooting mode, I simply need to confirm it.

At that point I decide to scroll through the various functions, from white balance to the choice of ISO; I want to try to choose the sensitivity not manually and I decide to set it to automatic.

I do some first tests both indoors and outdoors, in the viewfinder the setting chosen by the software, situation by situation, is always displayed and every time it satisfies me, nothing is out of range and all makes sense.

I go out, near my office, looking for possible subjects, on the way I stop by the façade of some historic buildings. I set the value of the zoom to 24mm, point the camera and immediately realize the quality of the lens: almost non-existent distortions and superb quality of the image.
I can’t believe this is happening with a zoom brought to 24, a wide angle that should have some flaws. So I try to bring into the corners of the frame some portions of the subject that would normally suffer from being at the edge of the frame. Not here!

The lens does not return any distortion. Be careful not to confuse this with perspective! I do not mean that if we focus on a detail it won’t appear considerably enlarged compared to the rest of the scene, but this simply depends on the point of view, so it is not the objective but the perspective effect dictated by the position from which we decide to observe the scene.

The lens does not add distortions and maintains a superlative optical quality.

While I get lost in observing the facades, a dear friend of mine comes by and I spontaneously switch to a vertical shot to capture his face, suddenly his face appears inside a small green square that is positioned around the eye of the subject: the focus is ready, I simply have to shoot not to miss the opportunity to grasp the look on his face at that moment.

It must have been a coincidence, I think, so I give it a situation that will definitely put it to the test and I really want to see how it behaves: the middle of a fountain with water gushing and reflections of light, with elements in the foreground, moving water in the middle of the scene and a background to control.
Leaving the camera to it, the result is always perfect, it manages to “dodge” the elements that should not be considered and focus on the centre of the frame.

Not yet satisfied, I want to see how it behaves if I decide to change the focus point immediately. With the right thumb we find on the back a cloche button which, operated in the 4 directions, allows us to move the green square of focus from the centre to any position on the screen until we find the detail on which we want to focus our attention.

The first day is coming to an end, I check the battery: still a good run. I left it always on since the morning, without ever turning it off.

In the evening around 10pm it still had a 2% autonomy, I tried to work it inside the house but I couldn’t make it to 1%. Excellent battery performance!

I try to recharge it, after about an hour it was about 70% and I seem to remember that it took about an hour and twenty minutes to get fully charged.

One day I wanted to test it in “sudden” situations, meaning in front of scenes that happen unexpectedly, where you don’t have time to frame before you shoot. So I tried taking the Sony out of the bag and shoot immediately without any control, without even bringing the eye to the viewfinder, just pointing the lens towards the subject: straight from the bag to the shot!

Well, looking at the images on a computer with a 27 ”monitor, all the photos were straight, not even a tilted one. This indicates a perfect balance of the camera, maybe helped by the weight of the lens, which certainly does not get thrown off balance.

Only once  it happened that, upon the arrival of a person that I wanted to get quickly by framing him from below, where I had the camera at that moment, for some inexplicable reason I was unable to shoot. I pressed the shutter button twice, the first time to get it out of stand-by mode and a second time to take the shot which, however, failed, perhaps due to the speed of action and the little interval between the first and second shot, I can’t say.

I made some short videos of people suddenly walking passing in front of the lens. Excellent stability and quality of shooting and perfect management of focus. But I didn’t want to insist on the videos.

A dedicated software to synchronize the Sony with a smartphone / tablet both Android and iPhone / iPad.

Following the instructions from the PC, it was easy to download the software and synchronize camera and smartphone. Having the ability to control the Sony α7R III as if we were seeing the image directly from the display but from a distance is a truly unique experience. Now working is no longer an effort but pure fun, with infinite possibilities to satisfy every user and be efficient in every situation.

The 3 values ​​ were always under control: Time, Aperture, ISO.

The only thing I think needs to be improved is the management of SD cards. The two slots accept cards with different specifications, so you are always trying to figure out which card goes into slot 1 or slot 2. You start taking some pictures and everything is fine, then you decide to shoot a little video and you find out the card you’re using is not suitable for the purpose. You try to switch them and another problem arises. This is the reason why I said to be careful when purchasing the cards, choosing wisely so as not to have issues. 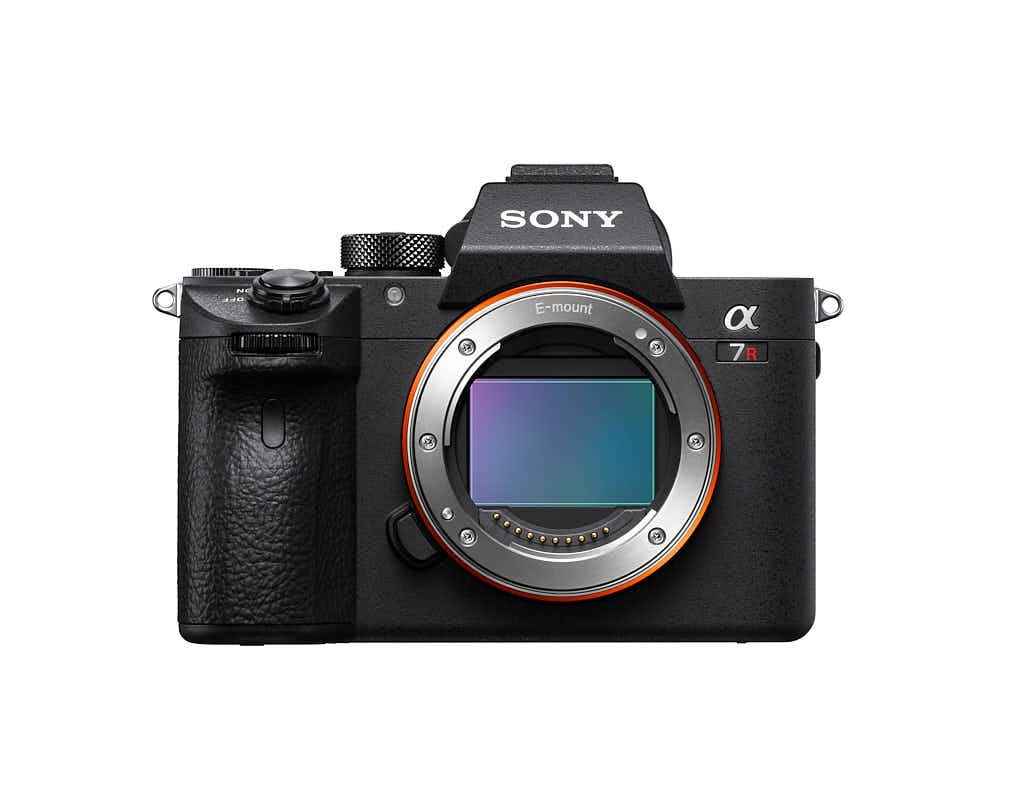 Until a few years ago cameras with similar characteristics were unconceivable and similar performances could be achieved only purchasing or a series of different products, spending a considerable amount of money and ending up with excessively heavy and bulky equipment.

With the Sony α7R III (model ILCE-7RM3) we have a device at a very accessible price for both professionals and advanced amateurs.

A camera body guaranteed to satisfy the most demanding among us for over 10 years, as its resolution of 43MP is more than enough for high quality and large format publications and its 4K video will be the reference standard for a long time, if we think that still today we see high quality videos made in Full HD.