Bitter Leaves, by Rocco Rorandelli, is an accurate photographic and journalistic work documenting the complex tobacco supply chain, told through the social, economic and health contradictions that characterize it.
Published in 2019 by Gost Books, Bitter Leaves is the result of a decade of research that the photographer has developed since 2008 and that in 2011 received the prestigious support of the Fund for Investigative Journalism.

Bitter leaves, what is this book about, exactly?
The book is about the many social, environmental, health and economic issues related to the global tobacco industry. It tries to show how these different and geographically distant aspects are in reality interconnected, as in all the processes concerning large corporate mechanisms.

After 10 years, a book.
Some parts of the project have been published separately on several occasions, but the book is the ideal medium for telling this long story, thanks to the possibility of collecting over 60 images, in-depth captions and detailed infographics. In the alternate volume, images taken in India, China, the United States, Indonesia, Italy, Bulgaria, Germany, Nigeria, Slovenia confirm that such distant realities are actually strongly connected to each other when we talk about the tobacco supply chain.

Nine countries, 10 years and an extremely vast subject. How did you manage such a thematic, geographical and temporal complexity in the realization of a photographic project?
I believe that, in part, my scientific training has helped me, the habit of working on complex projects starting from data collection up to the drafting of meticulous plans. I spent a whole year studying and designing; at some point the landscape became clear and so the selection of the salient elements.

During the design stage, did you just study the contents or did you also work on aesthetic image planning?
Before I started the project I worked in Campania, in the tobacco production area: after much study I needed to experience the territory. Italy is the leading European producer and has a long history of illicit tobacco production. The images taken in these passages, greatly influenced by the use of a 6×6 old school camera, helped me develop a slow and thoughtful style both for landscape and portrait images.

As you said, the images show a “slow and thoughtful” photographic style, echoing of very rigorous texts. Is this your idea of ​​documentary photography in general?
The calm and didactic style is not the only possible form of documentary photography; for me it was simply the most effective visual solution, since I wanted to tell the journey of tobacco analytically: given the complexity of the subject, I tried to simplify the contents of each individual image as much as possible. What I consider necessary in documentary photography is rigorous and verified contents and the analytical simplification of the images, avoiding an excessive overlapping of reading levels. 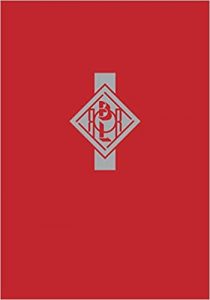