Between the 1970s and the early 2010s the percentage of Italian GDP distributed in wages fell from 65% to 50%, due to technological innovations, relocations and economic crises. The data introduces a completely new jobs scenario, whose iconography differs greatly from that traditionally associated with the idea of production.

Michele Borzoni has explored the production scene of contemporary Italy to identify the novelties, the critical issues and to contribute to the diffusion of a renewed visual imagery in line with a  continuous and increasingly rapid transformation.

Where did the idea of Workforce come from?
After years dedicated to international photographic projects, I felt the need to deal with places closer to me, with my own generation and the economic crisis that hit Europe from the end of the ’00s.

How did you set up your work?
I started photographing the companies that were put up for auction: empty working environments, characterized by an impressive feeling of absence; at the same time I started to get interested in the enormous and nameless crowds that participate in open competitions. Thanks to these two series I realized that empty and full are the opposite faces of contemporary work; from this dichotomy I was inspired to develop the subsequent parts of the project.

The chapters of the book are dedicated to Logistics Centers, public competitions, bankruptcy auctions, call centers, 4.0 industry, foreign workers, union protests, Chinese textile industry, rescued companies. How did you choose these areas?
Each series was chosen based on two criteria: a close proximity to the ideal reader of the book and a scarce visual documentation available. For example: we all buy online, but who really knows what lies behind the “click” on an e-commerce?

From your explorations, how does work in Italy seem to have changed?
Few very advanced cities attract hyper-skilled, but not necessarily hyper-educated, workers  with very good results from an employment point of view. Differently, the places that remain excluded from the processes of the 4.0 economy are condemned to a growing decline in jobs, both in quantity and quality.

In the new forms of work have you noticed an increasing level of depersonalization compared to the past?
Probably the Ford production line was equally impersonal. What is typical of our time is the disconnection between work and production, the loss of contact with the object: Amazon, for example, does not produce anything, it simply deals with logistics;  the warehouses that today are destined to services once saw the production of tangible objects.

Your images are very neat and silent, an order not only of spaces but also of people. Is it a metaphor for the profound changes that affect contemporary work?
The aesthetics of my images stems from the desire to show the identity deprivation that characterizes contemporary work. For someone like me, who is lucky enough to have full control over their work, this aspect is shocking.

Your book contributes to a review of the iconography of work and – with this – of the very idea of work …
There are many visual habits to be rejuvenated if we want to talk about contemporary work: for example, workers in the automotive field today do not have the iconic dirty hands, but mainly perform control functions. With my images I have tried to show how the relationship between workers and machines has changed, opening up to the complex debate on the risk / opportunity represented by the progressive automation.
In general, my whole project aims to open a window on new and little explored aspects of contemporary work, to contribute to a reflection on the prospects and on the employment criticalities of the future. 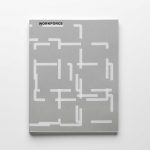