Born as a street photographer and winner, thanks to his “street” approach, of the Guggenheim Fellowship, Joel Sternfeld started in 1978 a long journey through the United States – which was to last, over several occasions, until 1986 – in search of the profound identity of the country, of the dilemmas and frailties that distinguish it.

The prolonged duration of the project brings Sternfeld to the transition to a large format machine, with inevitable consequences on his style: the rapid and impulsive shots of street photography are replaced by slow-paced, thought over and richly detailed photographs. Photographs meant to find and reveal the deeper aspects of reality thanks to their ability to capture the apparently insignificant and grasp its intrinsic complexity.

No detail goes unnoticed under the careful scrutiny of the photographer who, from the very first pages of American Prospects, lays a keen eye on small aspects of everyday life, almost irrelevant for those who are immersed in it, but no less significant than identity and culture: a group of motorcyclists enjoying the last rays of sun over the boundless landscapes of Utah, an anonymous basketball hoop lost in a desert filed of Arizona, a celebratory missile of the “US Army” decorating a remote road lay-by in New Mexico.

During the long US trip, the photographer’s gaze finds amusement in almost grotesque situations such as the family visiting a dam carrying along the play-pen for their baby son or the fireman on an impromptu shopping for pumpkins with a fire blazing in the distance, from the roof of a house. Sometimes the smile becomes bittersweet, as in the case of the fisherman and the bather relaxing side by side with looming warships. Sternfeld’s deep America emerges from the panoramas of the great agricultural expanses and in the cross-sections of the country’s energy production; at other times his gaze turns to the industrial past and wonders about the era that will follow, focusing on the abandoned buildings, memories of an expansive impulse not always adequate to the rhythms and times of the territory.

Collective rituals are one of the themes that most attract the photographer’s attention: from the crowded fun-pools (with the inevitable beauty pageant) to the encounters of jaded seniors of some high-school, full of conventional rituals.

Social criticism – never harsh, yet precise – emerges in the reflection on productive anxiety, as in the case of the real estate agency panel that stands out against a wild Alaskan landscape, or in the portraits, inexorable in their fixity, of individuals and entire families forced by precarious economic conditions into dilapidated shelters or hazardous trips. The racial theme also appears with the usual subtle incisiveness, as in the photograph, as brilliant as it is bitter, of the three African American women in an idyllic residential neighborhood, but just “waiting for the bus” (as the caption states) which will presumably take them back to a completely different part of town.

The choice of using colour separates Sternfeld’s photography from the great American documentary tradition, of which he is certainly the heir, going for a less synthetic research, more linked to the observation of secondary phenomena as they happen. The breadth of the shots and the effort required to recognize and decode the significant details of the images make Sternfeld a pioneer of the modern documentary that takes away the urgency from photography to give back an infinitely expanded time of meditated observation. 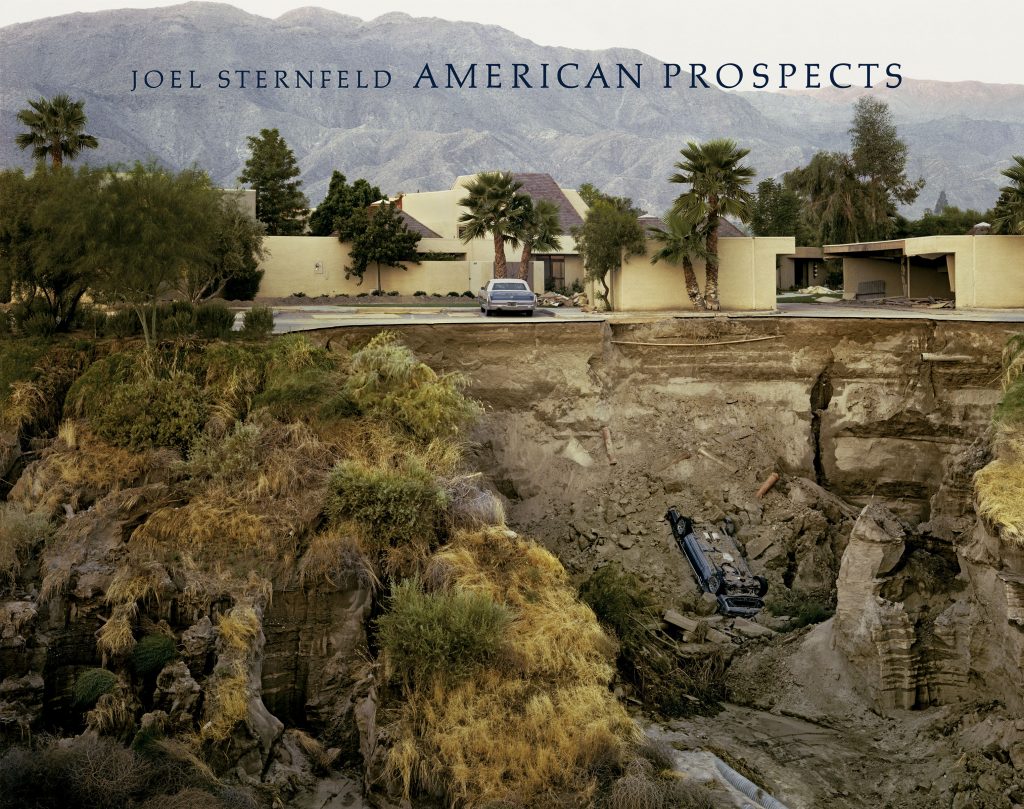