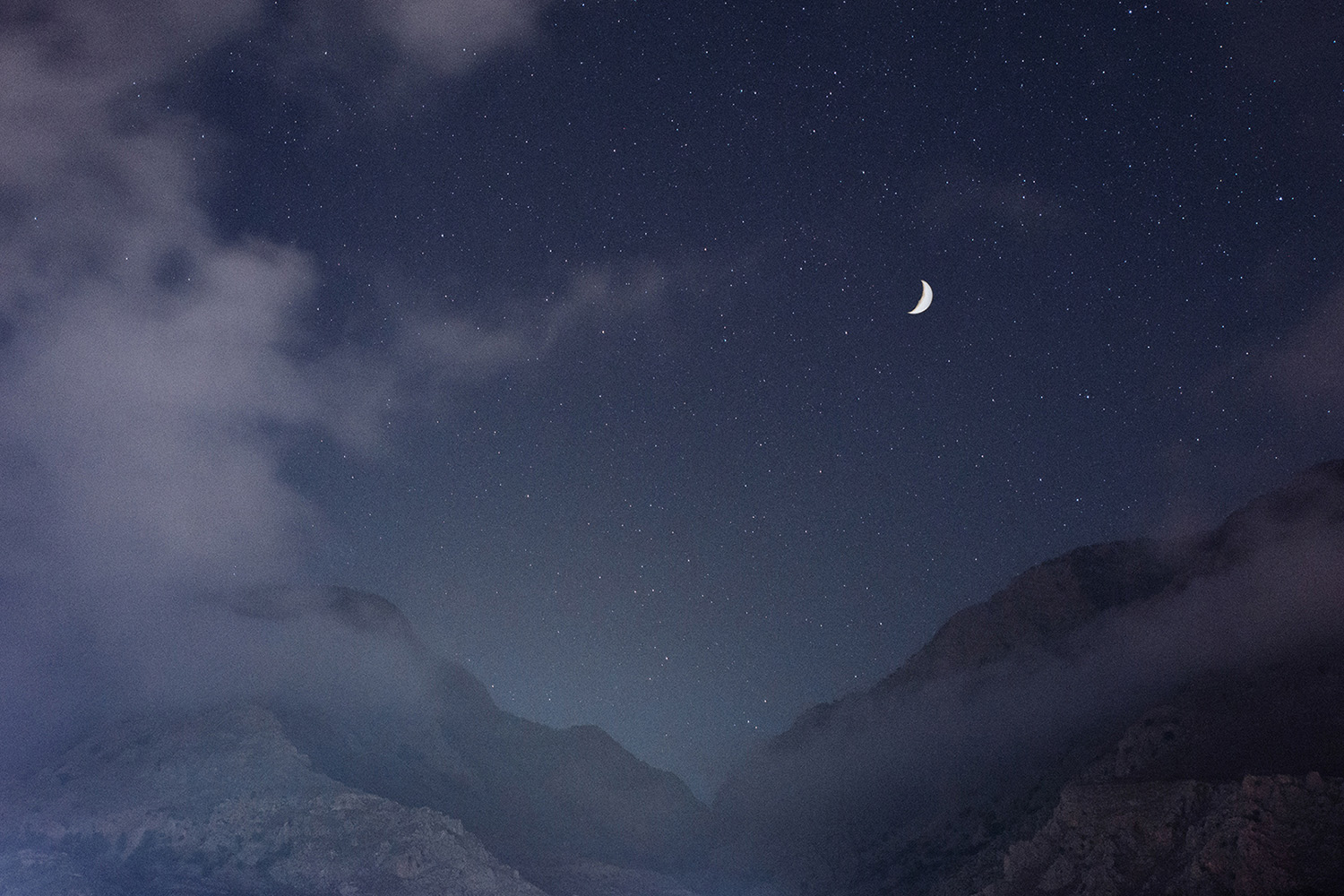 Yorgos Yatromanolakis, from the series The Splitting of the Chrysalis and the Slow Unfolding of the Wings (11), 2014-2018

Nine authors for an exhibition, nine intensely poetic visions, nine different points of view all together for just one story based on the relationship between human beings, nature and the universe. Conceived by Red Lab Gallery and Alessia Locatelli, curated by Gigliola Foschi and Lucia Pezzulla, Orientarsi con le stelle (Navigating by the stars) brings together thirty artworks including photos, videos and installations. “The exhibition would look into matches between celestial geography and feeling geography.” Looking at the sky and at the stars could be an occasion to think about our relationship with nature, learning to respect the world around us.

Alessandra Baldoni’s evocative photos (Atlas. Cartografie del silenzio, 2019), Joan Fontcuberta’s video Milagros & Co (2002), a challenge to the truthfulness of photography in the ironic style of the Catalan author; Dacia Manto’s branched and backlit maps (Humus Siderale, 2020), the ambiguous, almost metaphysical globes by the Norwegian artist Marianne Bjørnmyr (First Indicative Object, 2019), the intense, archaic meditation places of the series L’Ora Sospesa (2006-2009) by Occhiomagico (Giancarlo Maiocchi); and also, the moon in the landscape (La luna nel paesaggio 2006-2020) by Edoardo Romagnoli, the eclipses (Le Eclissi, 1999) by Paola Mattioli, Pio Tarantini’s surreal, personal storytelling in a fairytale context (Cosmogonies  2010-2015) and, finally, the fascinating, nocturnal images by the young Greek author Yorgos Yatromanolakis, a project that starts from the life cycle of a butterfly to investigate the mysteries of nature (The Splitting of the Chrysalis and the Slow Unfolding of the Wings, 2014-2018).