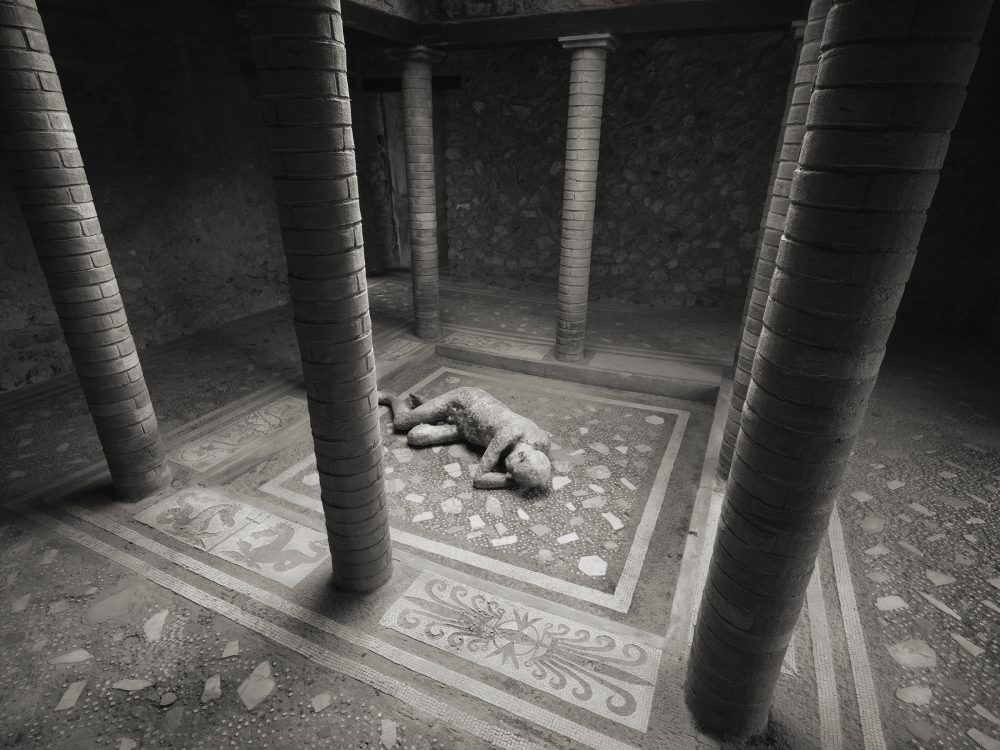 An exhibition dedicated to the Campanian city destroyed by the eruption of Vesuvius in 79 AD and buried under ash and rock.

Japanese photographer Kenro Izu (Osaka, 1949), has always been fascinated by the remnants of ancient civilizations. In this 55 previously unseen photographs, in a poetic gesture of compassion, the artist has set out copies of the original casts of the bodies, white human shapes which stand out against the ruins of Pompei. Kenro Izu’s aim is not to document the remains of Pompei, but, by emphasizing the idea of what was left behind the day after the eruption of Vesuvius, to transmit the atmosphere – in part wonderment, in part destruction – given off by the ruins.

The project has begun in 2015, in collaboration with Fondazione Fotografia Modena. The exhibition, curated by Chiara Dall’Olio and Daniele De Luigi,is co-promoted by Pompei Archaeological Park. In the words of curators, “Kenro Izu’s prayer for Pompei brings us close to the victims of that distant tragedy, but, as the artist underlines, at the same time it reminds us of similar calamities that could happen at any time and in any place in the world today.”